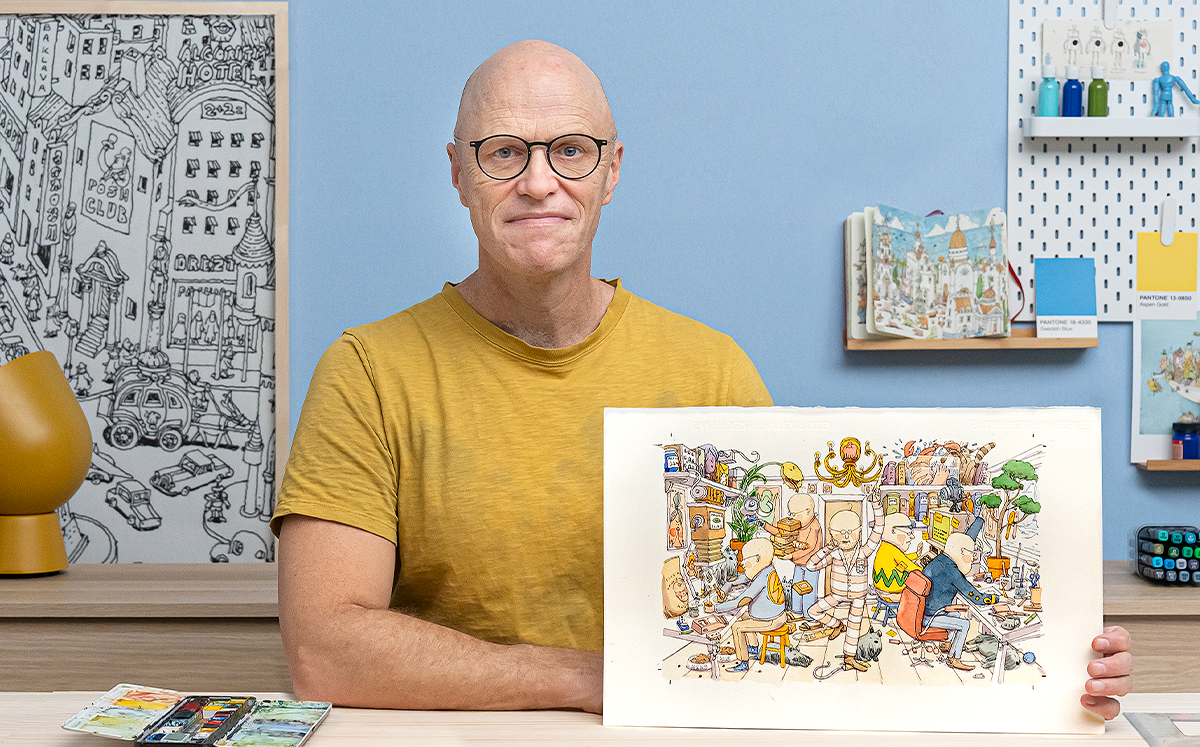 “…(my first project) was a piece for a student magazine; the piece later got reused as a record sleeve for the band Dance Gavin Dance.”

One year ago, when a friend introduced me to Domestika platform I was a. THRILLED with this vast ocean of talented people who were open to sharing their knowledge and experience with the world. First scroll through the ILLUSTRATION section and the course “The Art of Sketching: Transform Your Doodles into Art” comes up. The illustrator, holding a doddly-sketchbook and the happy and full-of-detail wallpaper, invites me to join him into a journey full of ink, watercolor, and fantastic creatures. I’M IN!

And that’s how I met Mattias Adolfsson for the first time.

Through his course, I immediately realized his talent (of course!), I got caught up with his sense of humor during the course and through his characters, his one-by-one-wisely-selected art supplies (that I desperately need in my “mini-studio”), and I am thankful for him unlocking my imagination doors.

Mattias Adolfsson is a Swedish artist-illustrator. With his Arts in Graphic design, his years of experience in 3D modeling, he “gives up” his work in PC games and ends up with a marvelous career in illustration. His sketchbooks have become books, among which “The Second in Line” that was published in 2013, was awarded as the most beautiful book by Svensk bokkonst in Sweden.

From Warner Brothers, Dreamworks, Disney, and Nickelodeon to Google, the Wired Italy, the New York Times, and The New Yorker, Mattias has collaborated with famous publications and well-known companies and has been awarded (Little Hakka award, AOI (Association of Illustrators) world Illustration award, Hiii Illustration 2016, American Illustrator, Winner Most beautiful book ”Second in Line”, 3×3 show, Winner Kolla!) more than once for his works.

Needless to say, I am thrilled that he accepted my invitation and he’s here with us to share his story.

How does the world see your art? What are some of the most surprising things you’ve heard from fans?

At the beginning of posting things, I had some knowledge of what was being written, but as everything did grow, I kind of lost track of what people are saying, unfortunately, so there are as many ways the world sees my art as there are beholders.

When and why did you decide that you needed a change and stepped out of the gaming industry’s world?

I stepped out in 2007, suddenly I just felt I had to quit, it was not perfect timing, and it took quite some time before I got the wheels rolling, but I just could not go on working with games anymore.

If you could turn to one cartoon character and live their life for a day, who would that be and why?

I guess the cartoon character that I most resemble is Charly Brown in peanuts, so I would probably go with Snoopy from the same comic because he seems to live the perfect life.

Your sketches are all so detailed… Do you ever get lost in detail finding yourself drawing something completely different from your first idea was?

No, I mostly draw without a concept or idea in the first place so whatever happens is a much a mystery to me than anyone else.

Does doodling work as a form of meditation for you?

Yes, when I get into the flow, but it does not happen all the time.

Does everything you draw “pass the bar,” or are there works that you throw away? How easily are you satisfied with the result of your works?

I work without a bar, so anything passes; I tend not to give that many thoughts to the things I create, but I give all my energy to my next drawing.

Looking closer at your art, I find such a humorous essence. Your characters – even though without talking bubbles – they seem to manage with daily struggles, time, routine, problems in a funny way… it looks like a whole new world is being constructed to let them live out of the ordinary. Is that your world? Do you live through your characters?

Maybe I do not dive too deep into thoughts like that; I guess it could break the spell if I would take that path.

Sure, but I prefer to keep things sunny in my imagination; I think my style prefers to be happy.

You, the master of detail, are you a “control freak” in your life? Does every tiny detail matters that much in the real world?

Not at all; I keep a loose ship.

I met you and your work through your course on Domestika. Thousands of people have been enrolling ever since you started, and the reviews are over the top – and for a good reason, your course is so much fun! All those people have learned something from you, but what about you, did you enjoy shooting the lessons? And have you met any emerging artists through the platform?

The courses have been a great success, but I do not see myself as a teacher at all and felt rather awkward in front of the camera. There have been some very good artists taking the course, but the sheer amount of participants (over 90.000) has made it hard to “meet” anyone, unfortunately.

From Dice and Battlefield to Disney, the New Yorker and The New York Times, your works have been travelling a lot! What are the milestones of your career?

The first commission I got from The New York Times was kind of important for me as a mark that I was kind of OK, other than that is the state I am at the moment when I do not really need to take on commission work anymore, which gives me a freedom to choose my own path.

Do you revisit your old sketchbooks?

On occasion, when I am out of new ideas, I can sometimes flip through them to reuse some old themes.

Do you recall the first project you undertook as a freelance illustrator?

It was a piece for a student magazine; the piece later got reused as a record sleeve for the band Dance Gavin Dance.

Your characters and your doodles look like they are always in a happy place. Are they ever feeling blue? Have you created any “sad” illustrations?

Sure, but I prefer to keep things sunny in my imagination; I think my style prefers to be happy.

We know you sketch… a lot! What other things do you enjoy doing? What are your hobbies?

I work out a lot but would not call it a hobby; at the moment, I help my oldest daughter with C++ programming, and it could probably end up as a hobby if I let it, it would probably eat up too much of my time.

Where’s your studio? If we were to enter and see your desk as we speak, what would it be like?

We had our garage turned into a studio when we moved house last time, so that is my studio. I share it with my wife, but she also has a separate studio. The desk is not super exciting; there is always a little too much chaos to my liking.

It is my Pilot Falcon Foutain pen.

Do you have any unfinished works that you love to come back to and rework days, months, or even years later?

No, that is not at all the way I work, I have one piece in the pipeline, and when that is finished, I turn to the next.

Feeling insecure about your art is not only a bad thing; it keeps you wanting to improve and better yourself; remember, the Dunning–Kruger effect hits two ways. I started posting things online when I was already quite old, and the atmosphere, in the beginning, was really positive; not sure I would have liked to have started showing my art when I was young.

Show your art and give feedback to other artists as well.

If you were to move away from Sweden with your family, where would you go, and how would you imagine your life in this new place?

I have no idea, but it is something that I could consider. I do like the changing seasons, though, so that might narrow the selection a little. I guess much would remain the same; if I were to move, I would still draw for most of the day.

Show your art and give feedback to other artists as well. 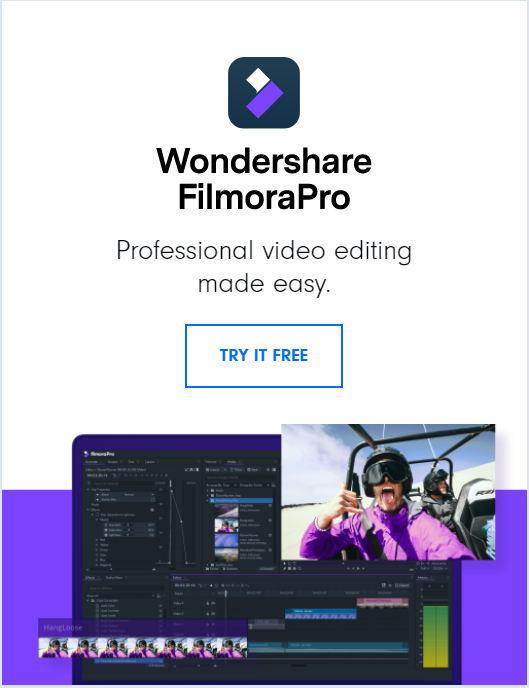